Move over Beatles ... We've got The Shoots

Move over Beatles ... We've got The Shoots 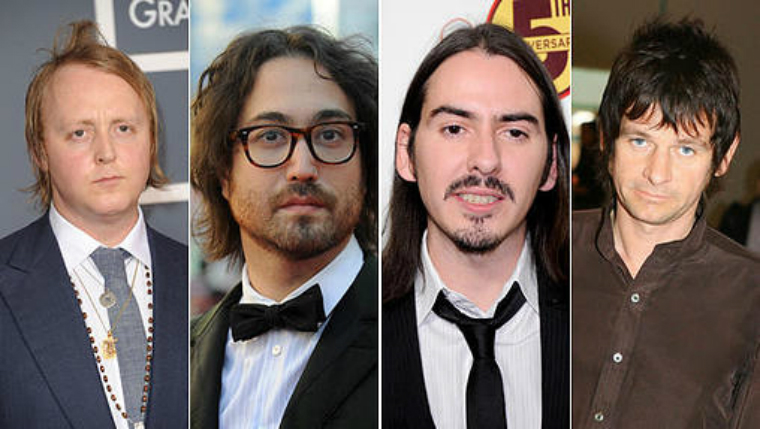 Thoughts? I'm having a hard time even this seriously.

It’s been prophesized ever since they were born – that the sons of The Beatles stars would follow in their father’s footsteps and form their own band – and today, that prophecy came true. In a London radio interview this morning, James McCartney, the son of Paul McCartney, confirmed circulating rumours that he, Sean Lennon, Dhani Harrison and Zak Starkey are forming a band, carrying on their superstar fathers’ musical legacy. This is what he had to say to Radio host Hugh Myrone Gaines:

– This is something that we’ve been talking about ever since we we’re little boys getting together at Christmas and suchlike. Our whole lives we’ve tried to distance ourselves from our fathers somewhat, but there’s no escaping that we’re all passionate about making and performing music. We’re starting a band both as an homage to our fathers and because it seems like the only logical thing to do in an illogical world. The boys and I are looking forward to a Tour in 2016 where we showcase our news music. I will admit that we are terribly nervous, especially Dhani, I mean, we can never live up to what our fathers created, but we will do our best.

James also revealed the name of the band and explained the thinking behind it,

– We’re going with “The Shoots”, it follows along the “The X” formula and the thinking behind the shoots part is an allusion to plant shoots, you know, a new germinating beginning, a new plant growing, because that’s what we feel this is. We hope that it will be approved by the fans, we really spent a lot of time thinking up that name and I would be so downcast if people hated it

As for the upcoming music, James explained:

– Of course, we’re influenced by our fathers’ music – that’s unavoidable, and we have tried to emulate the rock-pop of the 1960’s, but we’ve also induced some modern influences, digital stuff that I think blends really well with the classic rock

All four sons are already musicians and have obviously inherited talent from their fathers, so working together should not be too much of a stretch for the Beatle-bairns. The touring will begin in April 2016 and The Beatles fans are already exalted. We found a few reactions on Twitter:

@Beatlemania “OMG, THEY’RE BACK, LET IT BE LET IT BE, SO EXCITED #TheShoots”

@JonLever “I hope to God they’ll pull this off, amazing, go boys #TheShoots

Whether you’re a The Beatles fan or not, you must admit that this is terribly exciting. To discuss these Liverpool-lad news, tweet under #TheShoots

Re: Move over Beatles ... We've got The Shoots

Adric wrote:Whether you’re a The Beatles fan or not, you must admit that this is terribly exciting.

Zak Starkey has the best reputation of all of them (which is in great contrast to the 1st generation), and I always have felt Julian was far better than Sean. The other 2... no idea.