misery guts wrote:Show-runner Steven Moffat has finally decided to push off. But he's still doing this year's Christmas special, and one more series which the BBC will thoughtfully not broadcast until Spring 2017.

His replacement, Chris "Broadchurch" Chibnall, will take charge for a series in 2018.

Honestly, I'm thrilled Moffat is going. I hope Capaldi sticks around, but fear a regeneration as we'll have a new writer and companion. A great chance to start afresh. Still, I have a nasty feeling I can't shake about the time frame and waiting grace. I'm hearing the cloister bells and am praying to be wrong.

There's differing views on whether this is BBC parsimony, with having to cover the Rio Olympics and soccer European Championships in the summer, or Moffat's idleness in working on this & Sherlock.

I would assume Capaldi will leave after Moffat's swansong, which will be 3 seasons in 4 years. Clean slate for Chibnall.

With such a long wait for news, it's nice to have something to talk about now. Jenna Coleman's replacement has been announced:

Isn't it funny how waiting for the new series always feels like a lifetime, yet, once it airs, poof! I welcome Pearl Mackie into the Tardis. Should be interesting on how they explain her name being Bill. I've met a plenty of Bill's ... all men. Now, I'm in no way suggesting that it's more than just a name, but why Bill? Short for Billie perhaps? Is that a more common girl's name in the UK? I mean, to me Mel is a man's name as well, though adapted quite well as we knew Melanie was her name via the Colin Baker era.

All I do know is that next season can't get here soon enough and I truly hope Capaldi will be sticking around. In the meantime, looking forward to the new spin-off series 'Class' set to film at Coal Hill High School. With what little info we have, the Tardis has been spotted on filming which can only be a good sign. Also spotted is a wing named after Barbara Wright! I'd personally love to see Ian Chesterton be a part of the series, even if just for an episode. It would also be a treat to see Luke from Sarah Jane Adventures, but maybe I'm getting my hopes too high.

Adric wrote:Should be interesting on how they explain her name being Bill. I've met a plenty of Bill's ... all men. Now, I'm in no way suggesting that it's more than just a name, but why Bill? Short for Billie perhaps? Is that a more common girl's name in the UK? I mean, to me Mel is a man's name as well, though adapted quite well as we knew Melanie was her name via the Colin Baker era.

I'd expect it to be a fun name, much as Mel was short for Melanie. As you say, Billie is sometimes used, usually short for Wilhemina or something like that.

Shockingly, there's going to be some new material before Christmas...

The Power of the Daleks

Only just catching up with the last few DVDs (Moonbase etc), so this is very interesting news

Tomorrow is the day for downloading The Power of the Daleks, its 50th anniversary, though a DVD release will be forthcoming.

Interestingly, a Blu-ray will come out after Christmas, with both the B&W version, and same in colour too

Yes, I'm very excited for TPOTD. Very hopefully others will follow when the BBC sees the success this will have.

Yes, I saw that. Seems it's an annual thing which is nice

To my surprise, I thought this year's Christmas episode was alright, actually

Unlike any other, I haven't rushed to watch it twice yet, but not because I didn't adore it. I just want the occasion to be right. I truly adore Matt Lucas --- Matt Lucas set to appear in ALL of ‘Doctor Who’ Season 10 as Nardole Yes, a sad day, but a great career to reflect on, wide enough to turn in a fine turn in the 50th anniversary episode. RIP

Quite a contrast from the big publicity-seeking announcement of his having got the part back in 2013.

The main question seems to be whether new showrunner Chris Chibnall will want to cast a woman as the new Doctor, or not.

The new series of the show begins tonight (in the UK, anyway)

I thought this was alright, actually, which wasn't something I often felt last year. Pearl Mackie got off to a good start.

misery guts wrote:I thought this was alright, actually, which wasn't something I often felt last year. Pearl Mackie got off to a good start.

Great start and adored Bill as well as Nardole. They should make a great team (however long that lasts). Shame PC is regenerating as opposed to the writers. Still, made for a fun watch and look very forward to the rest.

Only 3 episodes left, it's overall been an up-tick from last year

Really enjoyed them all barring the terrible conclusion to the Monk trilogy.

Funnily enough, it was the middle part of the three that really brassed me off. Apparently if you rely on glasses to do your job properly, then you're stupid enough to risk them getting smashed AND then relying on a co-worker with a hangover.

One thing I've enjoyed is not knowing what's coming from one week to the next (generally, Ice Warriors notwithstanding).

Well, the series spluttered out with its continuity-soaked overload bringing back John Simm, and not doing a very good job of writing out anybody.

Not to mention that teaser for the Christmas special...

Anyway, tomorrow night (UK time), the replacement for Peter Capaldi is set to be announced

In a bit of shock, though sort of expected it ever since Missy's debut. I will welcome her with open arms and am sure she must be a fantastic actress to have landed such a role! 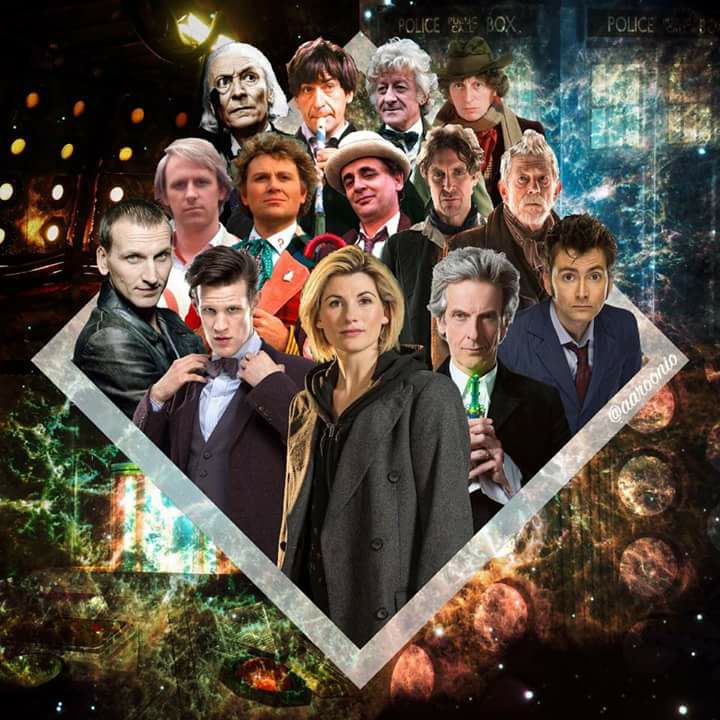 And will it stop me watching? Probably not

And will it stop me watching? Probably not

I'm far more concerned with the writers than I am having a female Doctor. I must say that I'm far more excited that Moffat is finally out.

Well, the scripts have been an issue for a while, and I have no confidence that Chris Chibnall is the man to steer the ship away from the rocks.

Anyway, in sadder news, Deborah Watling, who joined the series 50 years ago as Victoria Waterfield, has just died after a short battle with lung cancer. She was 69